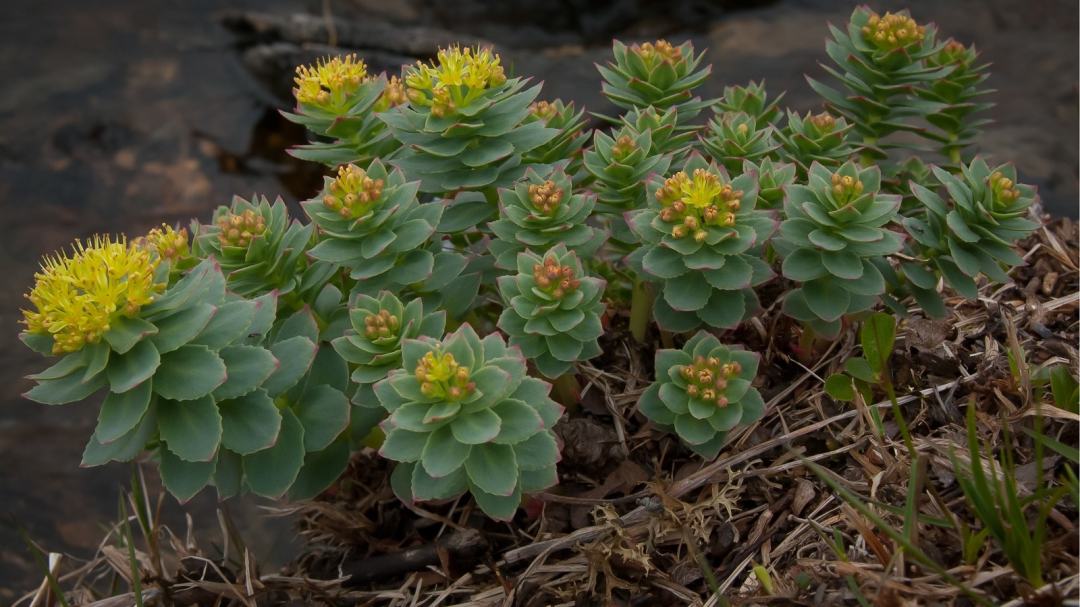 Rhodiola enhances T-cell immunity and can improve the function of neurotransmitters, including serotonin and dopamine, by inhibiting their destruction by enzymes; it has been found to increase serotonin levels in the brain by up to 30 percent. Rhodiola also improves mental and physical performance; it can shorten recovery time between athletic endeavours, such as workouts, and can improve memory and work productivity.

For long-term use, it is best to take low doses as suggested. Starting one week before stressor is to take place and up to three months usage, after which a break is recommended.

For immediate use in the short-term, three to four times the low dose can be used. However, an individual adjustment is recommended.

Rhodiola rosea is indigenous to the polar arctic regions of eastern Siberia. Rhodiola Rosea grows at altitudes of 11,000 to 18,000 feet above sea level. As a herb, it grows approximately 2.5 feet high and has yellow flowers whose smell is similar to that of roses, thus imparting its name.

Chinese medical practitioners describe adaptogens as “superior” plants that profoundly benefit the human body without dangerous side effects. While the most famous adaptogen is ginseng, cutting-edge research by top Russian doctors and scientists has shown that Rhodiola can ease more conditions, including stress, depression, heart disease and cancer.

Rhodiola has great utility in declining conditions developing after intense physical or intellectual strain, viral exposures, and other illness.

All of the anticancer research on Rhodiola has been conducted in animal models. In these models, the administration has resulted in inhibition of tumour growth and decreased metastasis in rats. Combining Rhodiola rosea extract with the anti-tumour agent cyclophosphamide in animal tumour models resulted in enhanced anti-tumour and anti-metastatic efficacy of drug treatment, as well as reduced drug-induced toxicity. Animal experimental data notes the addition of Rhodiola rosea extract to a protocol with Adriamycin results in improved inhibition of tumour dissemination (as compared to that found with Adriamycin alone). The combined protocol also prevented liver toxicity.

In a double-blind placebo human study, 89 patients taking supplementation of 340-680mg Rhodiola SHR-5 extract for 42 days was able to reduce the symptoms of depression significantly in persons with diagnosed depression, with only partial dose dependence noted. The degree of improvement ranged from 30-35% (HAMD rating scale) to 50% reduced symptoms (higher dose on BDI).

A meta-analysis of 11 studies on performance; 4 on mental and six on physical.

Most consistent benefits seen were with time to exhaustion (theorised to be from reducing the perception of tiredness) in physical activity, and increased mental performance under periods of stress.

Do not use in patients with bipolar disorder, mania, or paranoid anxiety

It can, on rare occasion, cause overstimulation and insomnia in sensitive people.